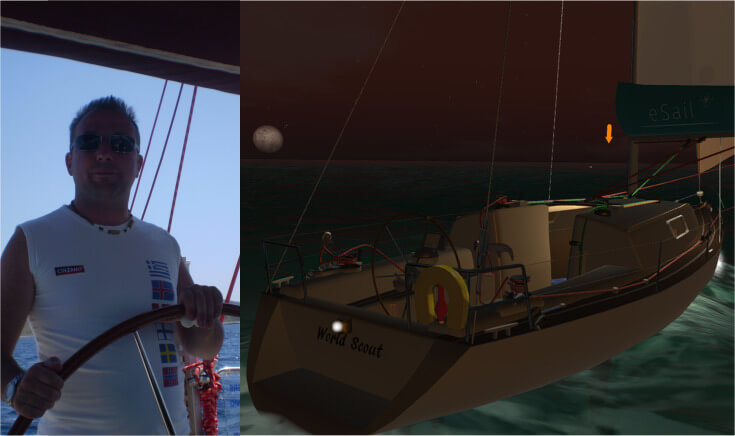 (Dec 16th 2021) Congratulations to Vangelis Kipreos in his boat World Scout, winner of the 2021 eSail Winter Series! Also well done to Mike Ffloulkes who finished second and David Roupp who came in third.
The dramatic final race finished with just 3s between the first two boats. The first three places in the Series will be sent eSail hoodies and other merchandise.
Thank you to all participants!

Winner Vangelis (Boat name: World Scout) lives in Greece and is an economist, working for an IT company as a business analyst. He says: “I am in a country with sea, sun and many islands so it would be difficult not to do sailing. I have traveled a lot as a skipper but unfortunately several years have passed since I was actively involved. In e-sail, however, I found what I was missing!”